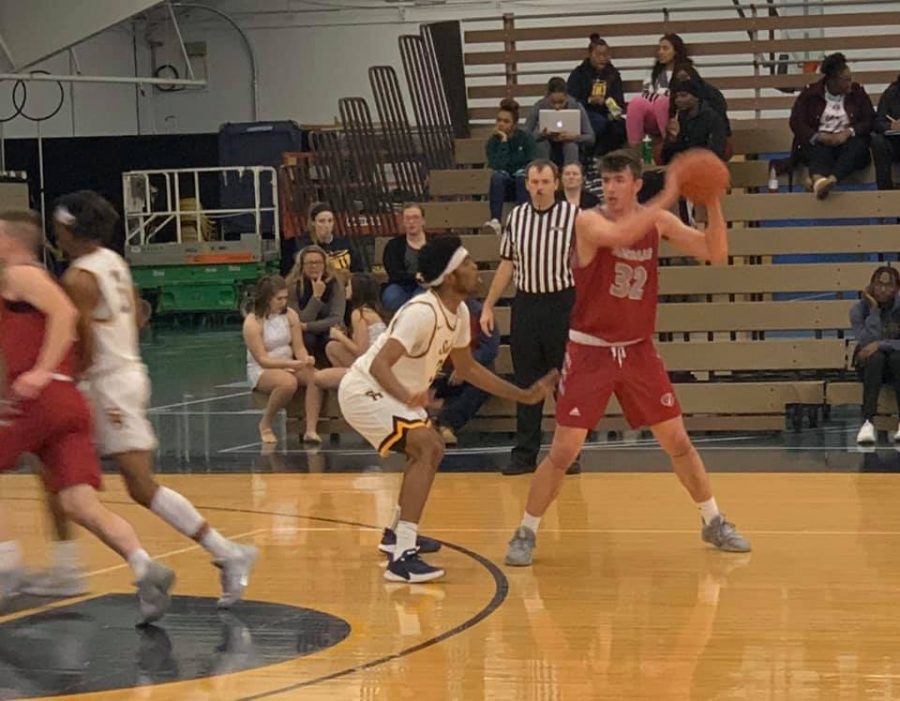 On Jan. 11, the Siena Heights men’s basketball team took on the Lawrence Tech Blue Devils at home and won with a buzzer-beater from senior Kevin Smith, 87-84.

At the beginning of the game, the Blue Devils were up by a few points and had an 8-point lead at the end of the first. The end of the second half was a lot more interesting as the Saints had made it a close game.

With five seconds left in game, Smith drove the ball down the court and shot a half-court, three-pointer buzzer-beater that won the game for the Saints in one of the most amazing games of the new year.

The Saints shot 60.7 percent from the free-throw line while the Blue Devils shot 50 percent. The top players for the Saints were Keith Jordan (30 points), Demarco Dickerson (13) and Kevin Rice (19), who also came off the bench.

The top performers for the Blue Devils were Carter Frantz (19 points) Gunner Gustafson (13) Alek Ivanovic (11) and Jordan Henry (22) who also came off the bench.