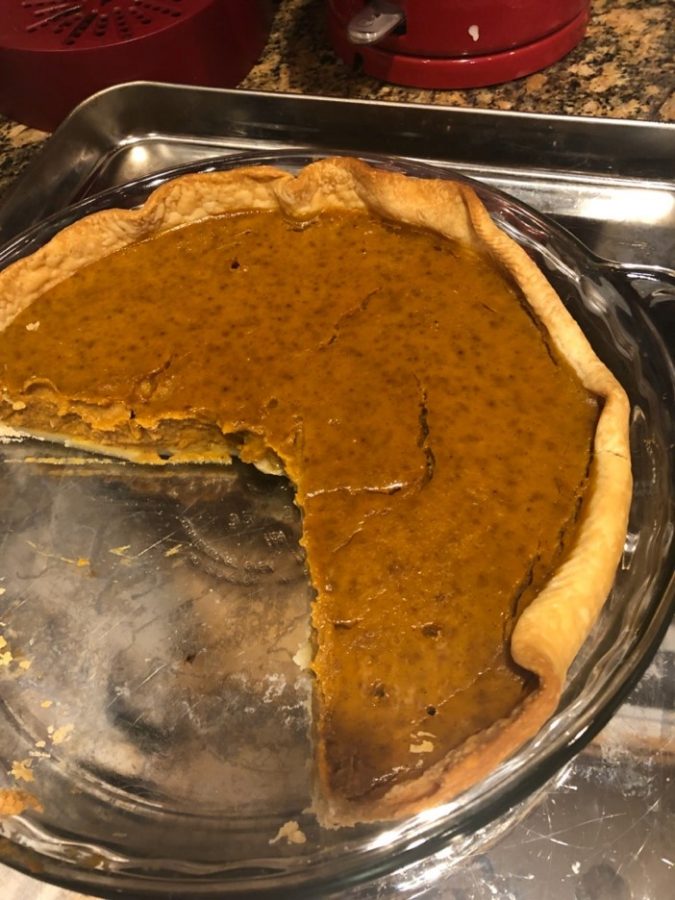 Pumpkin pie, you either love it or you hate it. Personally, I will eat it with whip cream, and in my opinion, that is the only right way to eat this pie.

On top of that, it stores well in the fridge and is super easy to make. Now I do not make my own pumpkin pie filling, because…well I am rather lazy. And it is a lot of work. But that doesn’t mean that the pie will not taste delicious! Especially with some whip cream or ice cream.

1 can of pumpkin pie (if you have the skill and willingness to make it yourself, hats off to you if you do)

1 premade pie crust (or make it, again, hats off to you if you do)

Mix sugar, cinnamon, salt, ginger, and cloves in a small bowl. Beat eggs in a large bowl and stir in everything. Slowly stir in milk ingredient.
With a fork, poke holes into the pie crust.
Bake until somewhat solid, then…
Pour pie into pie crust.
Bake in preheated 4254 F oven for 15 minutes. Reduce temp to 350 F bake for 40 minutes or until knife or toothpick inserted in the center comes out clean. It might not come back 100% clean but after it cools it’ll be clean. This is what I found out and experienced anyway. Then, cool on wire rack for 2 hours. Serve immediately or refrigerate.