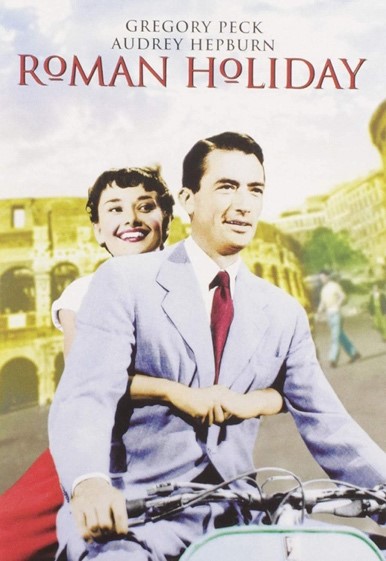 Roman holiday is a classic film. But just because something is a classic does not mean it is good. Does Roman Holiday still hold up?

Maybe this isn’t a reason to love a film, but if Audrey Hepburn was not the princess, I don’t think the film would hold up. Of course, if you talk about Hepburn in this film, you must talk about Gregory Peck. What a fun duo to watch, you cannot help but smile when they are on the screen together. Peck’s charm is what makes this film. Without this duo’s dynamic, the films ending would not be as impactful. You want a happy ending, but it doesn’t happen.

You are entranced as soon as this movie comes on. You are following these characters and you go on this journey with them. And you want them to be together, but you know that it cannot happen. And if it did, it wouldn’t feel right. The ending packs a punch, but feels right. And when you watch Hepburn and Peck interact, you are just watching two people interact. It’s just amazing, and the movie lets you escape from reality for a little while.

I am a little biased. I love Hepburn. She is one of my favorite actresses, and I love all (or at least most) of her films. I love her style, haircuts and just everything in this movie. It screams timeless and her fashion also screams classic. You cannot really go wrong with a lot of her fashion. This is a great film, and it deserves all of the acclaim and praise.