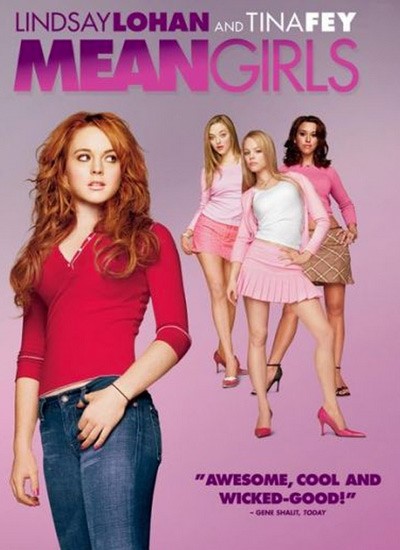 Okay, this isn’t going to be a review, per se. But it will be me just gushing about how this is the (or one of) perfect teen movies. There is a reason it holds up so well, and I have compiled three of them.

This movie would be nothing without the iconic lines. “That’s so fetch!” “She doesn’t even go here!” or “On Wednesdays we wear pink!” I could go on. And plus, it’s just funny! The comedic timing isn’t forced or unnatural, and the jokes hold up. And even if the joke is a reference, it’s not one that makes you cringe. It’s one that makes you go “Oh right…this is almost 20 years old.”

Okay, probably a small portion of the population can relate to moving from Africa to the U.S. as a teenager, and only being home schooled. But it captures all the embarrassing moments of high school, impressing that one person you like, tripping in front of everybody, failing math and just trying to find who you are. And sometimes people grow apart, like the plastics do at the end of the movie. And nothing is wrong with that! People just do, and I think that needs to be normalized more.

The ending of this movie works. And it’s cheesy, but all the characters’ moments of growth feel earned. From Cady throwing the crown to Regina being on the sports team, it feels earned. You see them grow, or beginning to grow. And everyone is slightly more mature, and now trying to just live their best lives. And ignore all the embarrassing things that happened all throughout high school their senior year. I don’t know about anybody else, but my senior year, that’s defiantly what I tried to do.

I watch this movie to laugh, and to smile. And those are the best movies, in my opinion.