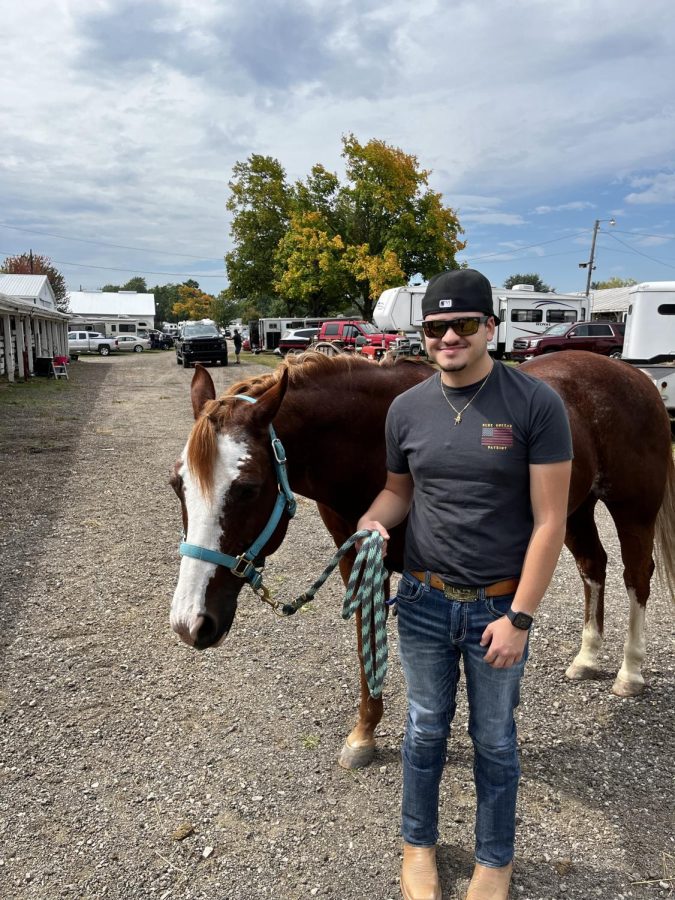 Avery Nagaj, a Junior, is the president of the Equestrian club at Siena Heights.

The academic advisor for the club is Julia Forbes who is a graduate of Siena Heights. Nagaj says,

little, she always dreamed of participating in the sport of equestrian at the college level.” There

like Adrian College. Nagaj also mentions “that through the equestrian club this is a great way for

other equestrians to connect and make new friends as well.”

her lifetime. Nagaj has also done other sports, such as being a gymnast for a couple of years, and

then playing lacrosse for several years. However, any other sport just does not have the

same attachment when it comes to equestrian and her love for horses. Nagaj says, “she

University Pavilion. Right now, the club is just a bunch of people who show horses together on

the CMHA Circuit which is through the American Buckskin Association. Nagaj says, “The

equestrian riders can meet up and network with one another.” The circuits they run at these

shows are mostly pretty relaxed and not as intense as an AA or A Circuit. Equestrian is on the jump

at the college level, and the timing for Siena Heights students like Nagaj to get a leap over the

barrier to get an Intercollegiate Horse Show Association (IHSA) Team.